A Guide to Taser-Free Public Meetings

We all saw it on the Internet—the fellow at a public meeting being hauled away from the microphone before getting wrestled to the floor and tasered during a Q&A with John Kerry. Fortunately, silencing argumentative speakers with a taser is not a common occurrence at most public meetings. While I might confess that there have been meetings where, in retrospect, one might have secretly wished one was armed with a stun gun, facilitators generally try to avoid confrontation. Yet there’s no denying that sometimes people show up at public meetings looking for a fight, begging for outrage, and hoping to irritate and inflame. This is the wrong attitude to take into a public meeting—especially if you are the public.

And how many times have we heard people speak at public meetings who bore us to death with their ramblings and cannot get their point across?

While much has been written about how facilitators and consultants should behave at public meetings, maybe it’s time for a list of simple guidelines for the public on how to speak effectively at a public meeting.

Ten things the public should do:

1.         Introduce yourself and state your interest or stake in the issue.  I am Barbara Faga and I am a member of the Oak Park Neighborhood Association. I reside at 101 Oak Park Lane.

2.         State your position, either for or against or undecided.  I am against the traffic calming plan proposed for my neighborhood.

3.         State three points that support your position, and try not to ramble. The organization of the three-paragraph essay that we learned in sixth grade—and haven’t used since—works well: Introduction, Point #1, Point #2, Point #3, Closing.

I am Barbara Faga and I am a member of the Oak Park Neighborhood Association. I reside at 101 Oak Park Lane.I am against the traffic calming plan proposed for our neighborhood.Our neighborhood association has not informed us of any traffic issues that would require us to put islands and bumps in the road.If this plan is built it will cause me to have limited access to my driveway as I will only be able to access it from one lane going south. I would like to see an estimate from an engineer of how much this construction will cost the neighborhood. This traffic plan is unwarranted, will impede neighborhood traffic flow, and is too expensive.

4.         State a good reason for your opinion and/or use a metaphor to illustrate your perspective.

This new plan will cause me hardship as I have to bring my elderly parents to my home several times a week and do not want to make all the left turns and go around a traffic island to get to my driveway. I will need a yellow brick road just to find my driveway.

5.         State your concerns calmly. Do not scream, swear, threaten, or appear hostile. This will make people scared of you rather than interested in what you have to say.

I am very concerned that this plan will affect the value of my house. I will be upset if you approve this plan.

Several of my neighbors could not be here tonight. We have formed a group against traffic calming called OPERATION, Oak Parkians Entirely Reacting Against Transportation Issues in Our Neighborhood.

7.         Arrange to be seen and heard. If you know that several people you agree with are going to speak, try to break up the points among you so everyone gets to present their case without a lot of repetition. This will demonstrate that there are many people who agree with your point of view and many good arguments to be made. Politicians are influenced by numbers.

8.         Bring in experts. If you have friends who are experts or if you have the resources to hire professionals, bring them on. It helps to have people who can present the facts authoritatively.

9.         Offer to participate in a focus group or study of the area. Everyone likes mediation. It takes a lot of time and gets people away from the microphone.

10.       Get to know your elected officials. You elected them and they appreciate putting a face to a name—and a vote. 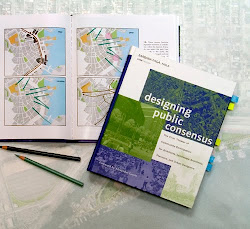